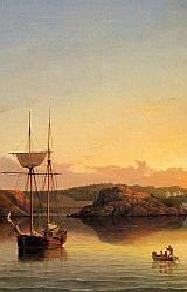 On May 1, 2013 the federal government’s drastic reductions in allowable catch for several key groundfish stocks took effect including a 77 percent cut in high-value cod landings from the Gulf of Maine and a 55 percent cut in the U.S. share of cod landings from Georges Bank. These cuts threaten the economic viability and survival of not only the fishing fleets but also of the processors, shoreside services, and fresh fish markets of the region.

As the crisis deepened, the Commonwealth of Massachusetts made available grant funding for the Groundfish Port Recovery and Revitalization Program in October 2013. The City obtained a $75,000 grant to develop the Groundfish Port Recovery and Revitalization Plan to define the programs and sources of funding necessary to lead the port through this transition to the adaptive and profitable fishery of the future.

The Groundfish Port Recovery and Revitalization Plan (PDF) lays out a complete strategy for the port, produced by and involving an unusually diverse and complex collaboration of partners for recovery.

Investment is critical for this capacity to take hold and leverage the strengths of the port into an engine for maritime development.

The City will be rebuilding sections of Stacy Boulevard and reconstructing the bulkheads on the east side of the Blynman Canal with $5.6 million in funding provided by the MA Seaport Advisory Council. The Stacy Boulevard portion of the project will start first, as engineering and permitting is complete, with the project expected to be put out to bid in the spring 2014.

Map of Area to be Reconstructed (PDF)

As the oldest, continuous fishing port in the nation, with a natural south-facing deep water harbor on the Gulf of Maine, proximate to the rich fishing grounds of Stellwagen Bank, Middle Bank, and Georges Bank, Gloucester continues to land $54 million in fish, the 13th largest fishing port in the nation. In the forefront of fishery management, the community is savvy, experienced, and enduring.

Dockage Study 2014 (PDF): The Fishery Commission worked with Urban Harbors Institute of UMass Boston to determine current dockage and vessel use, assess the needs of the commercial fishing vessels, and evaluate future dockage needs and the ability of the port to meet demand.   2nd Annual Maritime Summit: Innovation and Opportunity in the Maritime Economy

Gloucester stands on the edge of humanity’s newest frontier: the ocean. Gloucester is the go-to place for connecting research and advanced technologies to the sustainable commercialization of the many underutilized benefits the sea offers. We are a deep-water, full-service port with the longest history of commercial fishing in North America. Our unique ocean-centered culture is seeking to promote innovative and sustainable marine industry that can become part of a new world economy.

On August 9, 2012, Mayor Kirk was joined by Lieutenant Governor Timothy Murray, Senator Tarr, and Representative Ferrante, to cut the ribbon on the City’s new $1.2 million HarborWalk. Designed by Cambridge Seven Associates, the new HarborWalk weaves between the wharves of the waterfront and the brick alleys of Main Street, telling the stories of Gloucester and unveiling the layered richness of this port city.

In 2010, the City successfully regained ownership of 65 Rogers Street, a 1.82 acre parcel on the city’s inner harbor, is located in the historic heart of the fishing industry and one block from Main Street and the Civic Center District.

Commonly referred to as I4-C2, the parcel was created by Urban Renewal in the 1970s, and never successfully redeveloped.

The City will pursue development that furthers its focused economic development work on building a diverse maritime economy.

As the premier working port north of Boston, Gloucester is a Designated Port Area, supported and planned in accordance with State priorities for its most significant port assets. The Harbor and Designated Port Area Master Plan, and the targeted 2011 Economic Development Plan guide the City as it supports its fishing fleet of 263 vessels, its whale watch and charter boats, schooners and cruise ships, and increasingly the marine research, science, technology and innovation companies.