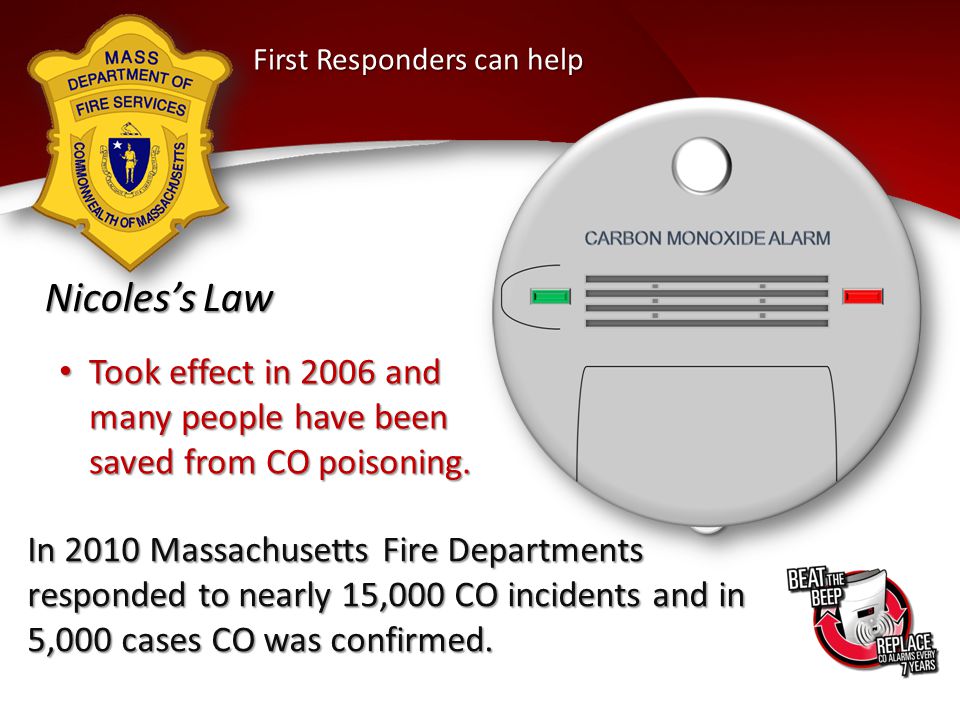 In 2005, Massachusetts passed ’Nicole’s Law’ which requires that carbon monoxide detectors be installed in all residences that have any source of carbon monoxide such as fossil-fuel burning equipment (like natural gas, propane, oil, wood, coal, and gasoline) or an enclosed or attached garage. ’Nicole’s Law’ was named after 7-year old Nicole Garofalo, who died in 2005 from carbon monoxide poisoning when the furnace vents in her Plymouth home became blocked by snow and her house filled with deadly amounts of the gas. 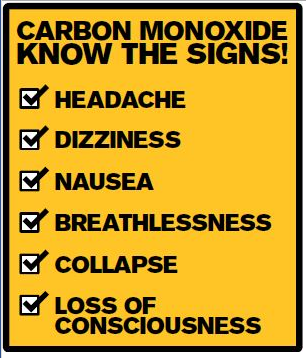 Know the Signs of Carbon Monoxide Poisoning and Prevention

If you suspect Carbon Monoxide poisoning due to symptoms such as headaches, dizziness, vomiting, lethargy, immediately move to a location that has fresh air; do a head count to ensure that all persons are accounted for, and call the Fire Department at (978) 325-5300 or call 911.

To learn more about the detection of Carbon Monoxide poisoning: