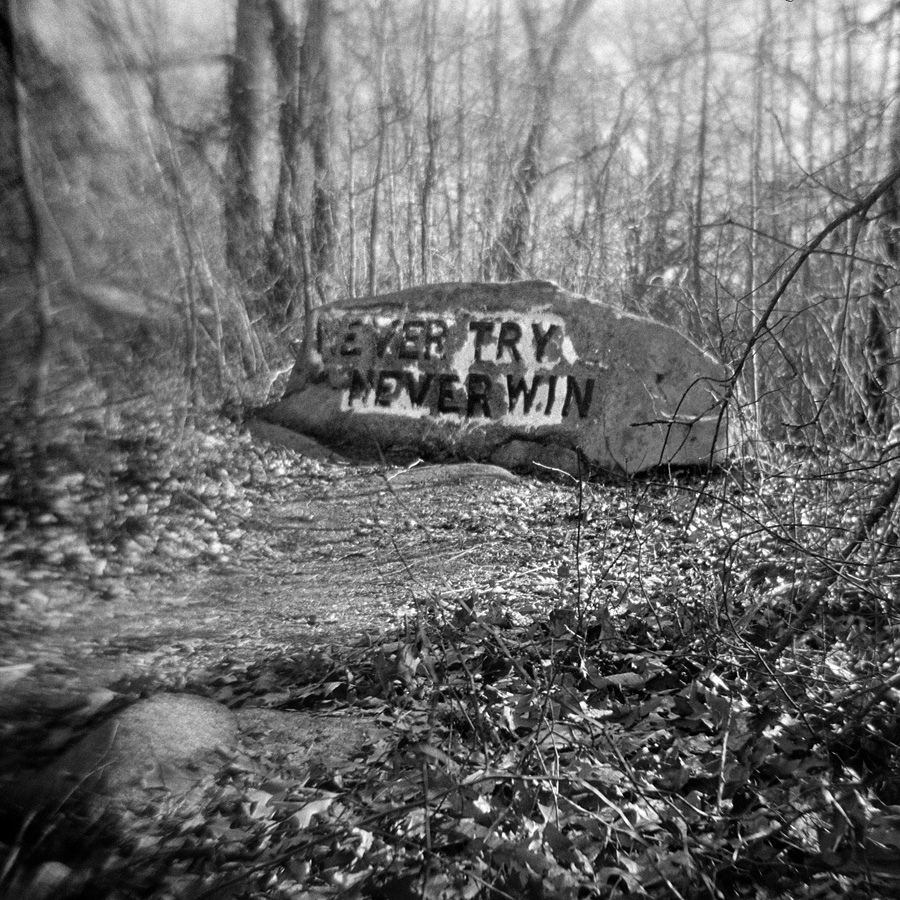 The boulder with the inscription Jas. Merry Died Sept. 19 1892 has a unique history. The story was told by Richard Fisher in 1955.

When James Merry was a young man he would help with the unloading of the barges that had come from Spain with Mediterranean salt. One day he decided to return as a hand on one of the barges to Spain and find an adventure. He enjoyed the bull fights there and the friends that he made said that he was quite a toreador. After some time, he decided to return to Gloucester where he settled down with his new wife on Dogtown Road.

James Merry enjoyed socializing with his friends in the local bars where he would regal them with tales of Spain and his bull-fighting days. His friends would egg him on and encourage him until one day he boasted that he would fight a bull and show them what a great bullfighter he was.

The next morning after the intoxication had worn off he was puzzled about how he would fulfill this boast. He searched around and bought a young bull. Every night he would wrestle the bull and every night he would win these wrestling matches. Finally he was ready to show his friends what he had accomplished. He told everyone to gather on Saturday at 3:00 pm in the pasture to witness the fight.

The crowds gathered excited over the prospect of witnessing the fight. James Merry appeared wearing a homemade matador outfit. The crowds cheered for him. He entered the pasture and the bull started at him; they wrestled and James Merry was the victor. Throughout the summer, they watched and witnessed James put the bull on the ground. All this time the bull was growing and it was becoming more difficult for James. The crowds began to diminish since James was winning every match and there was no sport in this.

Over the winter, the bull grew and grew. Eventually, the summer arrived and John said the matches would resume. The crowd arrived and as John faced this now three year old bull they realized that he was not going to win the match. Some of his friends had to rescue him from the bull. John was devastated and decided he was going to have to figure out a way to save face and decided to return to the pasture.

The evening arrived and his wife began to wonder where he might be. She asked the neighbors and they decided that he must have returned to the pasture. They went to investigate and what did they find but his bloody body and the bull grazing about 20 feet away. The evidence suggested that the bull had thrown him against the rocks many times since they were covered with blood.