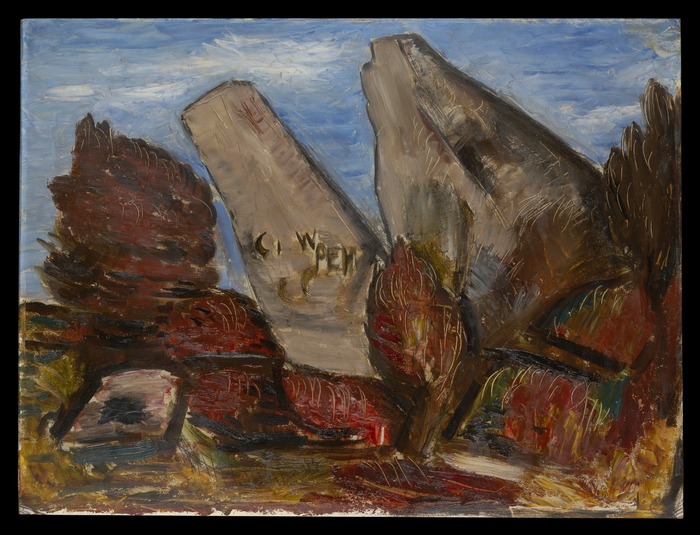 With its mysterious beginnings and intriguing landscape, Dogtown has been a source of inspiration for many different authors and artists.

Marsden Hartley, born on January 4, 1877 in Maine, first visited Gloucester in 1920 and would later return to visit Dogtown in 1931 and 1934. Prior to his return, his health was suffering and he was going through a bought of depression.

Hartley painted Dogtown from sketches made from crayon, ink, and pencil. Sometimes he even painted solely from memory. He mostly painted with oil paint on either composition board or academy board.

Other artists who have painted Dogtown include John Sloan, Louise Upton Brumback, and Ed Touchette.

Dogtown: Death and Enchantment in a New England Ghost Town by Elyssa East.

Dogtown: A Village Lost in Time by Thomas Dresser

In the Heart of Cape Ann, or, the Story of Dogtown… by Charles E. Mann

The Island Woods by Mark Carlotto

The Last Days of Dogtown by Anita Diamant

The Last Witch of Dogtown by Francis Blessington

Witch of Dogtown by S. Foster Damon (First performed in Gloucester in 1954.

Books and artwork found at Sawyer Free Library and the Cape Ann Museum both located in Gloucester Massachusetts.